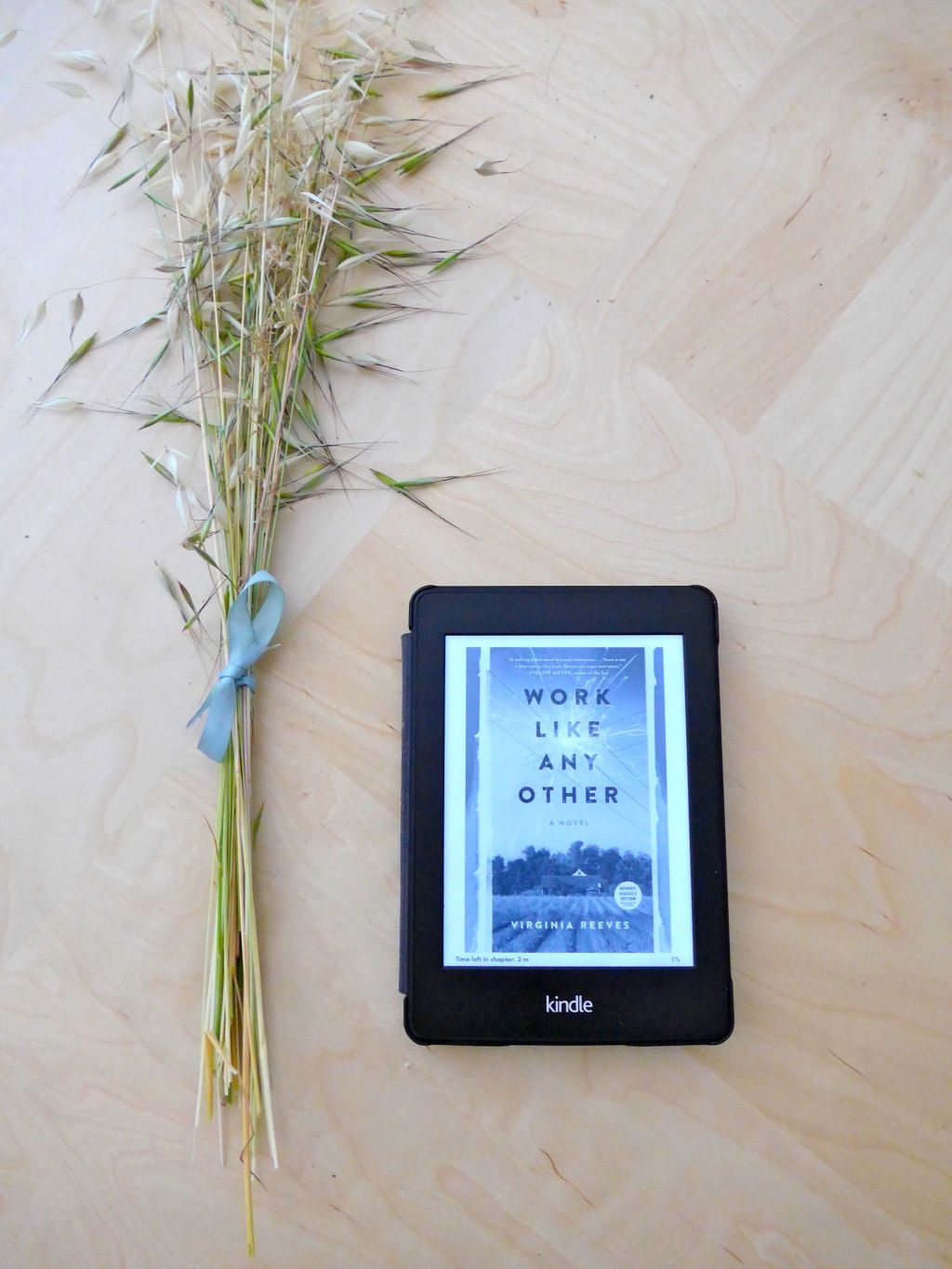 Roscoe Martin has electricity in his veins—was born to work the wires. But the death of his father-in-law forced him to give up his position with the Alabama Power Company in favour of working his wife’s land. Resentful and unsuited to the work, Rosco largely leaves the fields in the hands of its manager, Wilson. That is until Roscoe is struck with the idea to electrify the farm.

As an electrician, Roscoe knows that it’ll likely be years before the power company is ready to service his area, but much of the electricity in the nearby lines is wasted—no one will know if he syphons off a little in the meantime. So with Wilson’s help, Roscoe rigs his own wiring and hooks up the farm to the nearby power lines. However, when a freak accident sees a man electrocuted by Roscoe’s handiwork, Roscoe loses everything: his freedom, his family and his hopes for the future. From his cell in Kilby Prison, Roscoe struggles to come to terms with his loss and the incredible cost of redemption.

Work Like Any Other is a slow-burning story of guilt, penance, progress, family and atonement.

As a work of historical fiction, I enjoyed Work Like Any Other. It’s set in an exciting landscape: rural Alabama, 1925; a time when electricity was slowly lighting up regional communities, and also a time when the state’s prison system was undergoing an overhaul. The Kilby Prison is newly-open and Reeves offers a detailed tour of the grounds where prisoners are first given a full physical and psychological evaluation and then assigned to whichever employment suits them best at the prion’s factory or farm. Her narrative also takes readers through the construction and early use of ‘Yellow Mama’, Kilby’s infamous electric chair. While Kilby life is far from ideal, it seems almost utopian compared to the overcrowding and underfunding of the Kilby Correctional Facility today.

Work Like Any Other is a story that seeks to humanise the march of progress and breathes life and character into a turning point in Alabama’s history. However, while Reeves’ novel is keenly observed and richly detailed, the story feels somewhat thin, as though Reeves is more interested in research than character development and plotting. Roscoe’s wife, Marie, in particular, comes across as flat and wooden. Their marriage isn’t a happy one, but the source of her resentment towards Roscoe remains unclear. She’s upset when Roscoe won’t farm her father’s land, but she herself left the land to become a teacher and leaves again following Roscoe’s imprisonment. She can’t reconcile with the fact that Roscoe’s father was a foreman in the coal mines and responsible for the deaths of many convict workers, even though Roscoe himself is estranged from his father because of his work and left the mines at seventeen to become an electrician. Reeves offers glimpses into Marie’s backstory, but there’s not enough there to glean what drives her. By contrast, the farm hand, Wilson, is too pure and saintly—the archetypal hard working and hard done by character-of-colour with infinite wisdom.

By contrast, Roscoe is a strong protagonist: flawed and on a crooked path to redemption. His is a small sin, for which the consequences are heavy and far reaching. But for a man who loses everything, he doesn’t much seem to care. He accepts his sentence and his wife’s silence throughout his years in the clink. He doesn’t even get angry when he’s denied parole. For someone so infatuated with electricity, that symbol of power and progress, Roscoe is frustratingly passive and docile. I kept thinking: why doesn’t he fight?

Reeves writes with a Southern twang that gives her prose a lyrical, lilting rhythm. Her descriptions of the both the farm and Kilby are vivid and Roscoe’s flights of fancy add colour and interest to what might otherwise be a rather dry story. However, the plot meanders and lacks underlying tension. Despite the hardships the characters face, everything pans out just a little too neatly, and many of the minor conflicts are readily resolved with no hard feelings. I never felt insecure in the belief that the story might not have a hopeful ending. But even the ending fell a little flat and whatever Reeves wanted me to feel, I didn’t quite get there.

Work Like Any Other is a solid work of historical fiction, but it’s the history rather than the story that most intrigues.

Thank you to the publisher for proving an advanced reader’s copy of the book in exchange for an honest review. 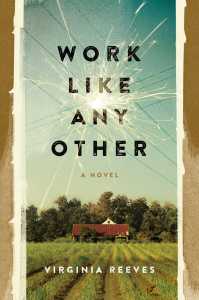 Work Like Any Other is out in March 2016 and is available for pre-order via Amazon and Book Depository.

If you like the sound of this book, these titles may also tickle your fancy: