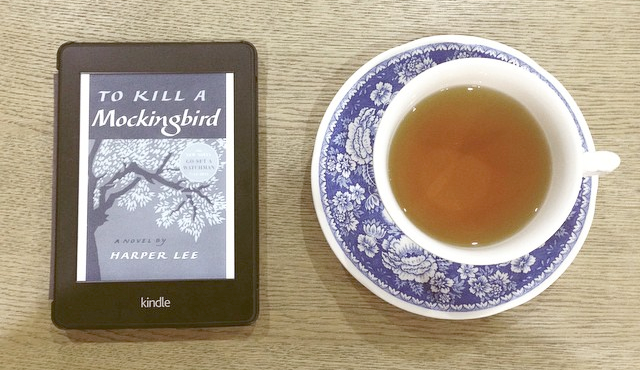 With Go Set a Watchman, the until now unpublished manuscript that preceded Harper Lee’s To Kill a Mockingbird, due for release on 14 July, Margot McGovern returns to Maycomb to visit with Scout, Jem, Dill and the wise and wonderful Atticus Finch fifteen years after she first encountered them in year nine English.

Note: if you’re reading this in the hopes of finding enough dirt on Mockingbird to get out of reading it for school three things: a) my God you’re lazy b) you couldn’t even be bothered watching the film? Really? Hello, GREGORY PECK!!! But then you probably don’t know who that is. *puts head on desk and weeps* c) seriously, read the book. It’s good, I promise. 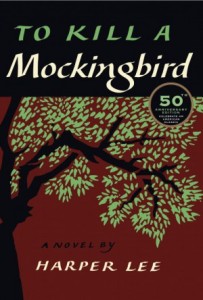 A quick recap: To Kill a Mockingbird is the story of Jean Louise ‘Scout’ Finch as she recalls key events from her childhood spent with her elder brother, Jem, lawyer father, Atticus, house keeper, Calpurnia, and friend, Dill in the town of  Maycomb, Alabama, in the mid-1930s. While the children scare each other with tales about their reclusive neighbour, Boo Radley, Atticus is called to defend a black man, Tom Robinson, falsely accused of raping a white woman from one of the town’s poorer families.

Like most fourteen-year-olds I came to To Kill a Mockingbird reluctantly.  In part because even the best books lose some of their appeal when they’re required reading, but mostly because I was under the mistaken impression that it was called Tequila Mockingbird and briefly hoped my English teacher, in her vagueness, had mistakenly assigned us something illicit. Mexican road trip. That’s where my mind went. So to discover that South America and the American South are, in fact, completely different and be presented with a six-year-old tomboy for a narrator in place of the Latino Sal Paradise I’d been gunning for, was something of a let down. Initially.

By the end of that first, sluggish chapter-a-day reading, I’d started to come around. I found all the moralising a little heavy handed, but at the same time struggled to understand how Maycomb’s treatment of Tom Robinson was relevant to 21st century Australia. Reader, I was young. What Mockingbird did give me was newfound respect for my own lawyer father and his profession at a time when I was hellbent on playing the sullen teenager. And it opened doors in my reading. It was my first encounter with southern literature and sent me in keen pursuit of more tales from that place where the genteel and grotesque walk hand in hand. Tennessee Williams, Flannery O’Connor, William Faulkner, Donna Tartt, even Anne Rice—perhaps I would have loved them anyway, but it was Harper Lee who first intrigued me with the strange enchantments of the South and the dark undertow that flows strong and steady beneath its outward charm.

But it was the technical elements of To Kill a Mockingbird that most intrigued. It was my first encounter with a naive and thus unreliable narrator, with dovetailing subplots and a clear example of that golden rule of writing: show don’t tell. It was the first time I read a book and saw not a story, but a mechanism fitted with myriad interconnecting parts all working in concert to create a beautiful and complex illusion. From then on, seeing how writers craft their stories has been as interesting to me as the stories themselves and my reading took on that wonderful duality between getting swept up in the tale and watching for the science behind the magic. I saw for the first time that critical reading meant more than seeking out themes and symbols, and that for a writer the words you leave out are as important as the ones you put in.

Fifteen years later, I took another swing at Mockingbird. This time I came at it closer in age to Atticus than Scout, with qualifications as both a professional reader and writer and as someone who has read widely and travelled briefly through the South. With all this life experience I expected to find a very different book. Shame on me. What I found was the same book with much added subtlety and (surprisingly) humour.

Full confession: at fourteen I found Scout endearing for the first five pages and annoying thereafter. Probably because I wan’t much more than a child myself and didn’t like to be reminded of the fact. As an adult, I found her incredibly funny. Her naiveté in concert with her sass and matter-o’-fact way of speaking lifts the weight from the book’s heavier scenes. Her timing is impeccable and her dialogue sparks. But more than giving the book its bold and original voice, she is a complex and layered character in her own right. She is influenced by the events of the story to move from a child’s black and white view of the world to feel empathy for those around her.

And then there’s Atticus. Atticus. *Props chin on hand and stares dreamily into the mid distance.* Sorry, I’m back. My first time reading Mockingbird, I, like Scout, lacked empathy and was only just shaking the view that adults are omnipotent beings with everything neatly figured out. I understood that Atticus was a good man, but I didn’t understand that to be so was a difficult thing, especially for someone in his situation. I didn’t really get the depth of the moral predicaments he faces and how hard the decisions placed before him are. I also didn’t get his sense of humour. I suspect I will appreciate him even more when I have children of my own.

But my true delight in revisiting Mockingbird was looking at the nuts and bolts of the writing itself. This pleasure was twofold. First, after years of practise, that duality of reading I mentioned earlier comes easy as breathing. I don’t need Mrs Rowney (bless her heart) to write ‘PREJUDICE’, ‘CLASS’ and ‘PRIVILEGE’ on the whiteboard in big, bold letters. Nor do I need her to explain what a naive narrator is and why Lee might have chosen to use one, or nudge me to draw connections between Tom Robinson’s trial and the Boo Radley subplot—#achievementunlocked. Second, approaching the book as a writer I have newfound appreciation for Lee’s literary genius. And she is a genius. Dealing in words, I know how hard it is to bend them to your will (it really is so much harder than it looks). To write what is, at its core, a fairly didactic tale and not come across as preachy, is no small feat. Mockingbird is a novel with good, rich meat on its bones. Lee manages to tie all the details together in a very ‘literary’ and self-conscious fashion, and her sense of rhythm is impeccable—but her writing is also incredibly evocative and genuine; you can still get lost in the story.

Reading back over this, I sound like one of those annoying adults who’s all like ‘oh, I get so much more out of my reading now because I’m a grown up’. I’m definitely a better reader now than I was at fourteen. I’d be concerned if I wasn’t. But I don’t think the way I read Mockingbird last week was more valuable than when I read it fifteen years ago. Quite the opposite. In year nine, I had to work really hard reading this book. It was a milestone in that I understood for the first time that a story is something deliberately and carefully crafted and that if you look hard enough you can see the design. Mockingbird helped me take that next analytical step from pulling meaning out of a story to understanding how the author uses the tools at her disposal to create that meaning in the first place. It was such a lightbulb moment. At the time, it felt really overwhelming. The ideas in Mockingbird, and wider social context of those ideas, were hard enough to grapple with, let alone trying to understand how Lee had used narrative techniques to convey those ideas. At the time I felt stupid for not being able to articulate this. My reward in rereading Mockingbird was not only finding added layers of subtlety but seeing how far my reading had come—to be able to read critically and for leisure simultaneously and really enjoy that process. To take child-like pleasure in the story itself, in a way I’d (ironically) been too earnest to do when I was a child.

If To Kill a Mockingbird remains for you a hazy high school memory, I urge you to give it another go and promise that you’ll find more magic in it yet. If you, like me, have jumped on the reread bandwagon, I’d love to know how you found it then and now.