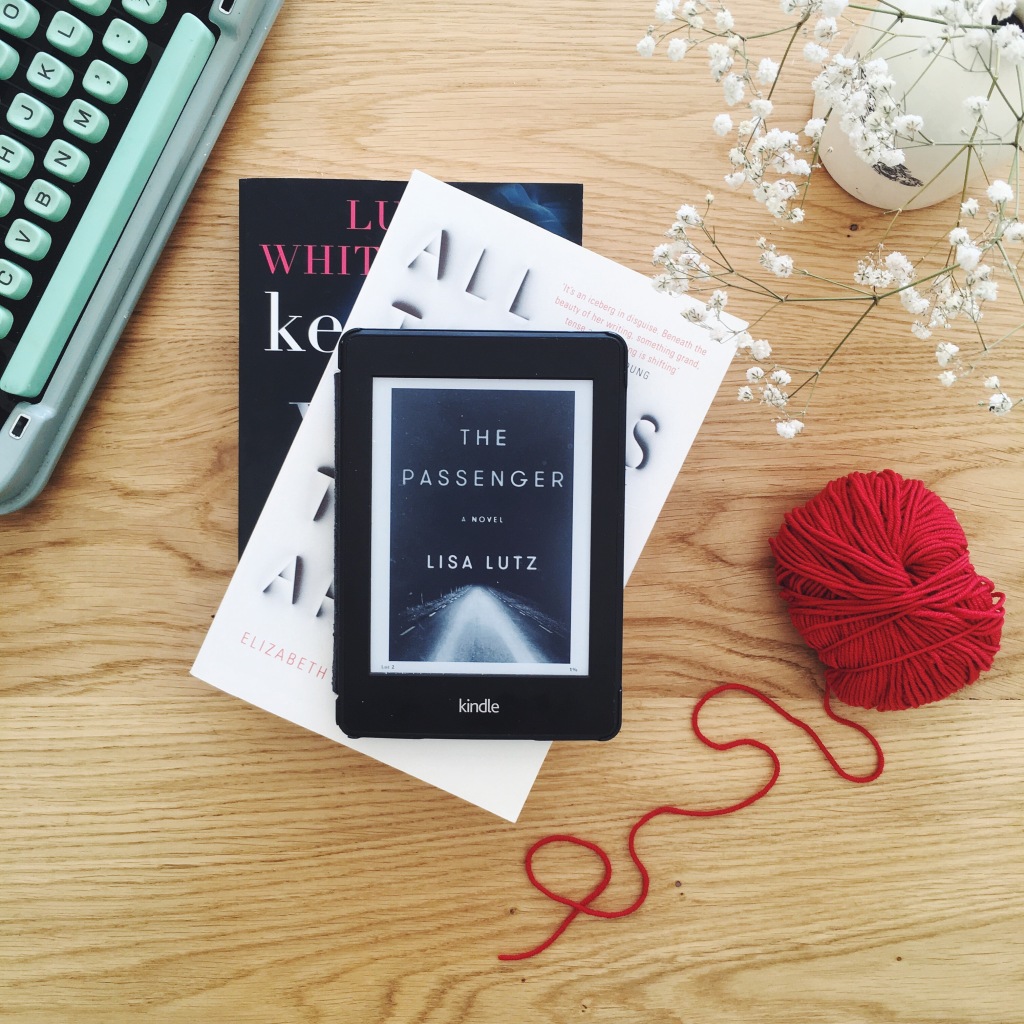 My reading has taken me to some dark places of late. I didn’t plan it that way, but one title led to another and now I find myself deliberately seeking out sinister, suspenseful tales. And it seems I’m not alone; perhaps it’s the time of year (it was four degrees in Perth the other morning—perfect thriller-reading weather), but I’ve seen a number of my fellow book bloggers and bookstagrammers seeking and swapping thriller recommendations these past few weeks.

So today I thought I’d share a few of my recent favourites. For the record, I like my thrillers carefully penned and tightly plotted, in which nothing is quite as it first appears. I favour the unnerving. The claustrophobic. The taut. A touch of the Gothic? All the better. Gloomy atmosphere? Yes, please. I enjoy a slow burn and loathe cheap thrills and shock twists. And I’ll take a descent into chaos over the restoration of order any day. With these criteria in mind, below are eight titles I highly recommend. 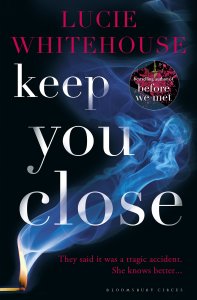 When renowned artist Marianne Glass is found dead in her Oxford garden, the police rule it a tragic accident. There’s no sign of a break-in or evidence that anyone else was in the house when she fell from the roof.

Rowan Winter isn’t convinced. She and Marianne may not have seen each other for ten years, but they were once the closest of friends—practically sisters—and Rowan knows Marianne suffered crippling vertigo; she might have gone up to the roof to smoke, but she would never have ventured close to the edge.

With the Glasses looking for someone to stay at the house and keep an eye on Marianne’s latest set of paintings while they settle the estate, Rowan sees an opportunity to investigate what really happened to her old friend and reconnect with the family that once regarded her as one of their own. However, being back in Oxford stirs up memories, good and bad, and, one by one, the secrets of the past begin to resurface. More than that, it soon becomes clear that someone is, indeed, watching the house.

Keep You Close is a taut and twisting story of obsession, buried secrets and the burning desire to belong. 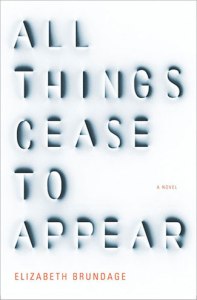 All Things Cease to Appear

On 23 February, 1979, Gorge Clare returns home from work to find his wife, Catherine, brutally murdered in their bed. On the surface, it looks like a break in, but the details don’t add up. His young daughter, Franny, was home with her mother all day, but won’t say what, if anything, she saw.

Catherine is not the first woman to meet an unnatural death at the Hale farm. In fact, the house has a dark history.

Set in the fictive rural town of Chosen, New York, All Things Cease to Appear is immersive and sinister: a Gothic tale of domestic oppression and family breakdown. 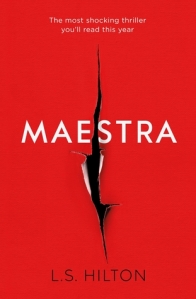 Judith Rashleigh has ambition. She’s worked her way up from humble beginnings to gain a junior position at one of London’s most prestigious art auctioneers. She’s dedicated many years to learning how to speak and dress with class, gradually polishing herself into a stylish sophisticate. She may not have been born into the life she wants, but she’s smart. She’s savvy. And when her boss, Rupert, sends her on an important valuation, she takes it as her long-awaited acceptance into the elite. However, upon meeting the client it becomes clear to Judith that her boss sees only her *ahem* physical assets and expects her to use her sexuality rather than her smarts to seal the deal.

Initially, Judith is stunned and distraught that anybody would reduce her from highly intelligent woman to sex toy. Then she considers: if men choose not to see the whole picture, why not turn that to her advantage? It doesn’t take her long to devise a plan and start carving out a place for herself among the crème de la crème.

But et in Arcadia ego and soon there’s a wealthy business man lying dead in a hotel room in the French Riviera and Judith is on the run, changing identities and bedmates almost as often as she changes her Jimmy Choos.

Maestra is smart and sexy and sinister. A taut and sassy thriller with a wicked sense of humour. 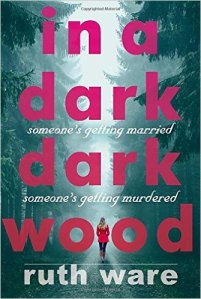 In a Dark, Dark Wood

A group of old school friends reunite for a hen weekend at a remote country house deep in the woods. But what should be a fun few days of dirty games and drinking takes a turn for the sinister when secrets from the past begin to surface.

When Nora wakes up in hospital on Sunday morning, she can’t remember what happened at the party. But someone is dead and what at first appears to have been an accident begins to look increasingly like murder, and everyone, even Nora, has a motive. In a Dark, Dark Wood is a claustrophobic and chilling read, compelling the reader on with steadily mounting tension.

In A Dark, Dark Wood is a smart and chilling read brimming with suspense. 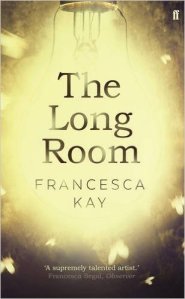 Twenty-eight-year-old Stephen is a listener. He spends his days in the long room at the Institute playing back tape recordings of phone conversations between spies who have been persons of little interest since World War Two. When he joined the Institute, fresh out of Oxford, Stephen imagined his life would be one of espionage and intrigue, and that at the Institute he would finally enter a rarified, secret world that he sought and failed to find at university. But his work at the Institute is dull and monotonous, and he’s twice been passed over for promotion. He lives alone, has few friends and spends each weekend with his ailing mother, Coralie.

Meanwhile, all around Stephen, his fellow Brits are equally disillusioned. It’s 1981, Margaret Thatcher is at her least popular, Brideshead Revisited is screening on television, Christmas is fast approaching and Britain is sick with yearning for a past that never was and a future that will never be.

Stephen’s one case of interest is a potential double agent working within the Institute. But it’s the agent’s wife, Helen, that draws Stephen’s interest. Though he’s never seen her face, he begins to imagine their life together, drawing closer and closer and increasingly blurring fantasy and reality until he can no longer distinguish between them.

Meanwhile, Stephen’s mother shapes her life around the routines and traditions she has observed since Stephen’s boyhood, thinking only and always of her often-absent son, the husband and children she has lost and the family she might have had.

The Long Room is an unsettling novel of yearning, desire, disillusionment and obsession. 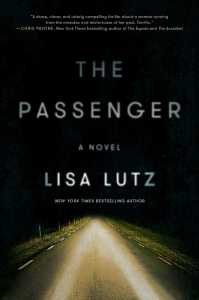 Frank Dubois is dead, his body crumpled at the bottom of the stairs in his home. His wife, Tanya, is the only other person in the house at the time, but she’s adamant she had nothing to do with it.

Afraid the police will arrest her regardless, Tanya hits the road. She withdraws a wad of cash, changes her appearance and trades her husband’s Chevy Silverado for a Buick Regal. Then she calls a guy she knows to see about getting herself a new name. If she didn’t kill her husband, she sure seems guilty of something.

The dive bars and cheap motels that litter America’s highways appear as havens for those with something to hide, and it’s not long before Tanya meets Blue, a fellow woman on the run. Blue claims she’s searching for a new identity to give her abusive husband the slip, and the two women strike a deal to swap names and part ways. However, it’s not long before Tanya realises that Blue is not the woman she claims to be, and her name comes with troubles of its own. Meanwhile, Blue shows up in Tanya’s hometown and starts dredging up the secrets Tanya thought she’d buried for good.

The Passenger is a fast-paced thrill ride across America, in which the stakes are high and the unexpected lurks beyond every corner. 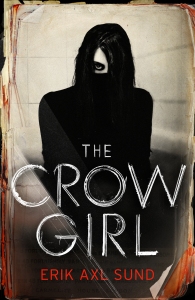 A child’s body, mummified and severely mutilated, is discovered near a train station in Stockholm. It’s one of the most heinous crimes scenes Detective Jeanette Kihlberg has ever been called to, and with the help of psychologist Sofia Zetterlund, she’s is determined to catch the killer. But the dead child is merely a hint at the horrors to come and Kihlberg cannot imagine how dark and twisting the labyrinth that lies before her.

…And that’s all I can say without giving too much away.

The Crow Girl is a brutal, unrelenting read. 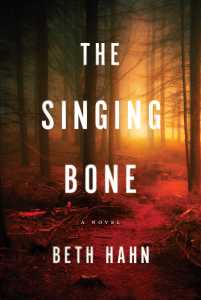 In 1979, a tattooed man who calls himself Mr. Wyck lures a small group of teenagers to his New York farmhouse. Over the next six months, a series of increasingly disturbing events occur. Only one of the teenagers, Alice, returns home, though she’s anything but free.

When the wider world discovers what happened in the farmhouse, Mr. Wyck earns the nickname Bogey Jack, and over the next twenty years, he becomes the stuff of urban legend. He’s the reason kids are afraid to play in the woods, and the reason their parents won’t let them. But even behind bars, he attracts new followers: a group who call themselves the Wyckians.

In 1999, Alice has a new life as a professor of folk law and hopes never to revisit her time in the house of Bogey Jack. However, work sees her settled at a college nearby the old farm house. As the twenty-year anniversary of Mr. Wyck’s arrest and his impending release draw near, Alice attracts the attention of a documentary film crew and the sinister leader of the Wyckians, and it’s not long before the secrets of the past begin to stir.

The Singing Bone is a sinister, slow-burning thriller, and a seriously impressive debut.