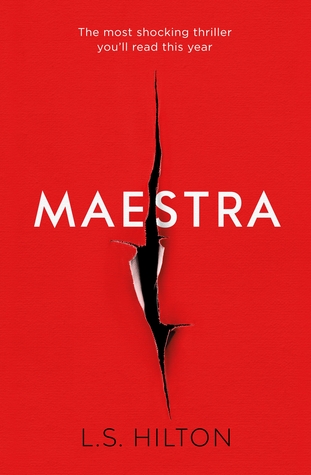 The pale pink curtains bellied in the breeze. I started, gasped aloud. A second in which the fabric formed two swollen arms, reaching for me. I froze, my heart banging so loudly I could hear it even over the regular beat of the surf outside. Then I giggled to myself. James might have looked like the bogeyman, but he was gone. I had 8,470 euro in cash, no job and a dead man behind me in another country … I dragged on my cigarette and waited for the fear to return. It didn’t. I was in Italy in high summer and for the first time in my entire life, I was free. (105)

Still here? You’re wasting precious reading time, but you’re right, that’s some super lazy reviewing on my part, so let’s break it down.

Judith Rashleigh has ambition. She’s worked her way up from humble beginnings to gain a junior position at one of London’s most prestigious art auctioneers. She’s dedicated many years to learning how to speak and dress with class, gradually polishing herself into a stylish sophisticate. She may not have been born into the life she wants, but she’s smart. She’s savvy. And when her boss, Rupert, sends her on an important valuation, she takes it as her long-awaited acceptance into the elite. However, upon meeting the client it becomes clear to Judith that her boss sees only her *ahem* physical assets and expects her to use her sexuality rather than her smarts to seal the deal.

Initially, Judith is stunned and distraught that anybody would reduce her from highly intelligent woman to sex toy. Then she considers: if men choose not to see the whole picture, why not turn that to her advantage? It doesn’t take her long to devise a plan and start carving out a place for herself among the crème de la crème.

But et in Arcadia ego and soon there’s a wealthy business man lying dead in a hotel room in the French Riviera and Judith is on the run, changing identities and bedmates almost as often as she changes her Jimmy Choos.

Maestra is smart and sexy and sinister. A taut and sassy thriller with a wicked sense of humour.

I’m perhaps a little bias. The only stories I love more than good thrillers are those which, for convenience’s sake, I’ll call ‘closed world’ or ‘clique’ stories. The kind where the protagonist from the wrong side of the tracks manages to find an ‘in’ to a closed and much yearned for world, with disastrous results—think F. Scott Fitzgerald’s The Great Gatsby (1925), Evelyn Waugh’s Brideshead Revisited (1944), Donna Tartt’s The Secret History (1992), Alan Hollinghurst’s The Line of Beauty (2004), more recently and closer to home, Emily Bitto’s The Strays (2014), and of course, Patricia Highsmith’s The Talented Mr. Ripley (1956).

These kinds of stories are predominantly narrated by men and/or feature male protagonists (The Strays is among the few exceptions), and the leading lads are often necessarily but infuriatingly passive—too afraid of losing their new-found foothold in paradise to prevent its destruction. (An example that comes to mind is that utterly infuriating moment in The Secret History when Richard learns about the plot to kill Bunny (not a spoiler) and has the opportunity to stop Henry but does nothing for fear of being ousted from the Greek clique: ‘I suppose if I had a moment of doubt at all it was then… It’s funny, but thinking back on it now, I realise that this particular point in time, as I stood there blinking in the deserted hall, was the one point at which I might have chosen to do something very different from what I actually did… Instead, I only yawned, and shook myself from the momentary daze that had come upon me, and went on my way down the stairs.’ Makes me want to throw the book against the wall. Every. Damn. Time.)

For a long time, I’ve been curious about what might happen if you took the passive male out of these kinds of stories and replaced him with an active female. Because the exception to these passive men is Tom Ripley. Unlike Charles Ryder, Nick Carraway, Richard Papen, Nick Guest and even The Strays‘ Lily, he isn’t offered an easy ‘in’ to the closed world; he has to fight for it and takes action after ruthless action in order to maintain his hard-won place within it, all the while trying to make it appear as though he’s belonged all along. And here’s the thing, while Ripley is notionally male, his behaviour strikes me as distinctly feminine. Outwardly, he is charm and grace personified, and it appears effortless. But Highsmith positions the reader behind that facade to reveal this display as highly performative. She shows us the special care Ripley takes with his dress, grooming, posture, voice and gestures, but also his extreme self-awareness and the incredible amount of work and discipline required for him to maintain the illusion. The story reads as an elaborate game of hide-and-seek: don’t let them guess the extent of your talent, Tom. Keep all that rage and that ambition under wraps, and whatever you do, don’t let them see the blood. Where Richard confesses to murder in the opening sentence of The Secret History and uses the opening paragraph to detail the discovery of the corpse, Ripley is in the business of keeping bodies under wraps—ensuring those leaky, uncontrollable vessels remain out of sight, lest someone recognise him for the impostor he is.

So, to me, girl Ripley makes a lot of sense—perhaps more sense even than Ripley himself—and it’s always seemed only a matter of time before someone took up the challenge. In fact, if I have any criticism of Hilton’s work, it’s that Maestra is perhaps too derivative of The Talented Mr. Ripley. The plots are near parallel. What is different is the authors’ treatment of sex, and by extension, desire and power. Sex is rarely explicit in Highsmith, or in any of the ‘closed world’ narratives to which I’ve referred. Rather, it’s something that occurs off-page or expresses itself in metaphor, often through the violent act of murder. And yet. These stories are almost always overwhelmingly about sex. Sex and power and desire. To Tom Ripley, Richard Papen, et al. sex, (like the natural body), is perverse, nay, unspeakable—more terrible than murder, even. A distasteful urge that must be restrained and suppressed at all costs. A weakness. Hilton turns the tables on this, making sex a site of power and a source of pleasure and strength for Judith. The book opens with Judith getting her kicks in an Eyes Wide Shut-esque orgy and only gets kinkier from there. Admittedly, it’s implied that Judith also has sex she doesn’t enjoy with men she’s not attracted to in order to get something she needs—usually money. These transactional encounters, like the sex in the above mentioned ‘closed world’ stories, occur off-page, demonstrating Judith’s reluctance to admit them into the narrative she crafts for herself. By contrast, the sex scenes that Hilton includes, in all their explicit detail, are those in which Judith seeks pleasure for herself. In these scenes, even when not in a position of physical dominance, Judith is the one calling the shots, sating her desire and exerting her power.

In this way, Hilton crafts a feminist anti-hero, or as Highsmith would say, ‘hero-criminal’. Judith starts out on the path so many women are encouraged to take—the one where we keep our head down, work hard, take pains to ensure we don’t step on anyone’s toes or make them uncomfortable and wait for someone (usually a man) to grant us permission to take the next step. But Judith quickly realises that this path will only take her so far, certainly not as far as she wants to go, and so she strikes out and makes her own way. Say what you will about her criminality, she’s an intelligent woman who is completely unapologetic about her ambition and desires, and there’s something admirable in that. Better still, she has a keen sense of justice, and if there’s a chance to screw over the men who exploit and dismiss her, she’ll take great pleasure in doing so. I think this goes a long way to explaining why I kept cheering for her and crossing my fingers in the hopes that she’d get away with her crimes.

Last week, in my review of Lisa Lutz’s The Passenger, I wrote about how great it is that we’re slowly starting to see more and more thrillers with complex female characters and in which these characters’ femaleness shapes the narrative. Maestra is such a story. It’s also properly thrilling and glories in Brat Pack-ish excess—I can’t remember the last time I had so much fun with a book.

See Maestra on Goodreads and purchase through Amazon, Book Depository and Kobo.

Thank you to Allen & Unwin for providing a copy of Maestra in exchange for an honest review.