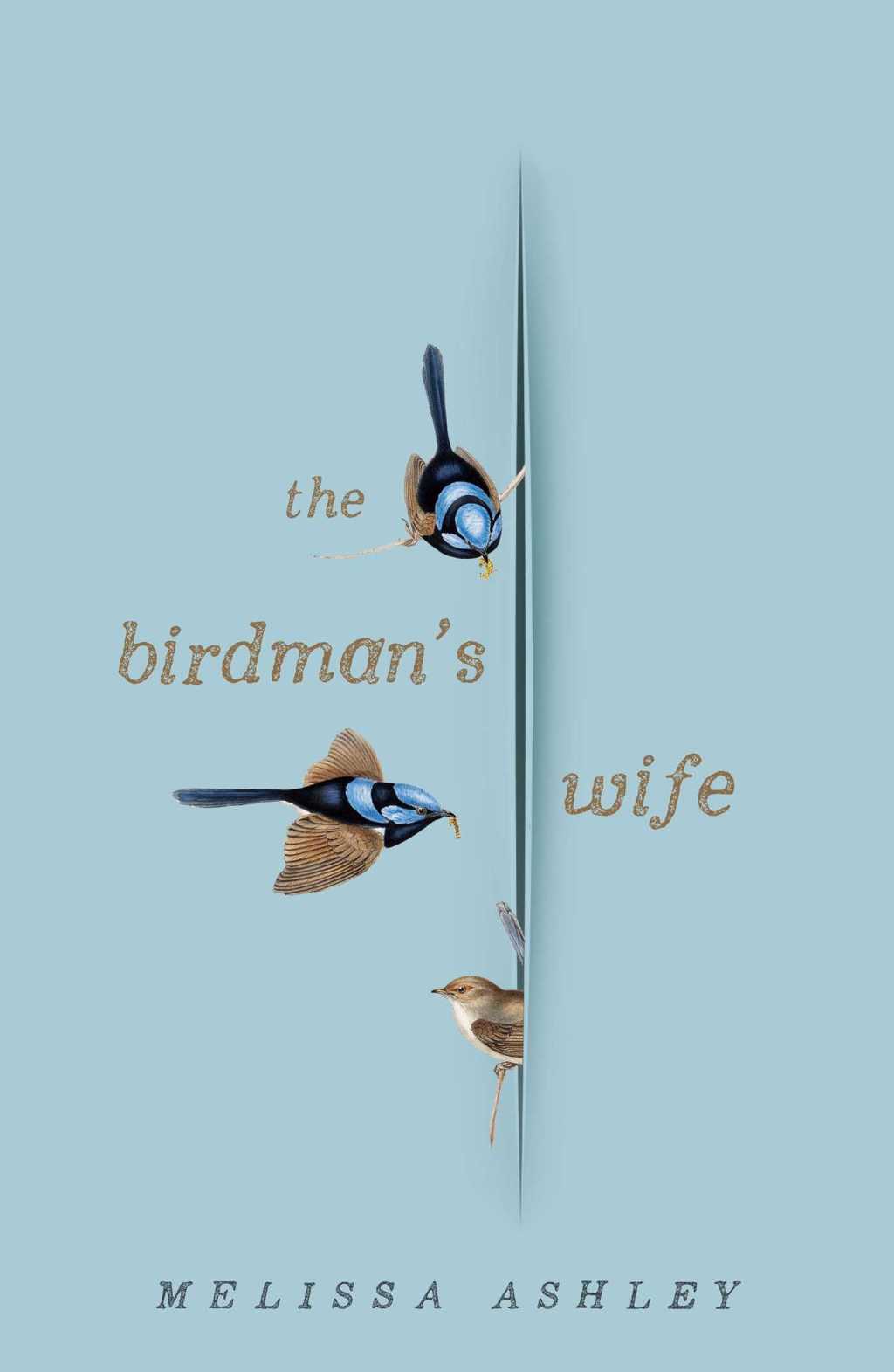 Many of us know something of English ornithologist, John Gould (1804–81), most famous for his collaboration with Charles Darwin and his pioneering study of Australian birdlife. Rather less is known of Gould’s wife and collaborator, Elizabeth (1804–41), a successful artist and scientist in her own right, who created many of the scientific illustrations that accompany Gould’s writings.

In The Birdman’s Wife (Affirm Press, Oct. 2016), Melissa Ashley offers a fictional (though thoroughly researched) portrait of Elizabeth’s life, including the two-year scientific expedition she and her husband undertook to the then newly-colonised Australia. It’s a beautifully-written and finely detailed account that explores how Elizabeth managed the often conflicting roles of artist, scientist, wife and mother.

I love tales of exploration and adventure, particularly those with women at the helm. Elizabeth Gilbert’s The Signature of All Things (2012) is one of my all-time favourites, and I’m currently enjoying Stef Penney’s Under a Pole Star (2016). So I was very keen to read The Birdman’s Wife, not only for the fact that Elizabeth Gould was a real scientist, artist and pioneer but also for the opportunity to hear her story as told by a promising debut novelist.

I’m so ridiculously behind with my reviews that it’s beyond a joke, and I should really be playing catch-up, but I finished The Birdman’s Wife a few days ago, and I couldn’t wait to gush about it and recommend that you all get your hands on a copy, ASAP.

Admittedly, I don’t read a lot of historical fiction, but I dabble, and rarely have I read a novel so diligently researched as The Birdman’s Wife. From the processes of taxidermy and the fiddly business of mixing paints, to the conditions of life aboard a ship bound for the colonies, to the details of a woman’s confinement after giving birth, Ashley is incredibly thorough. In fact, if I have any criticism of The Birdman’s Wife, it’s that the details occasionally overwhelm. However, these details are so thoughtful (and often surprising) that it’s hard to begrudge Ashley her slight diversions and indulgences.

More than that, The Birdman’s Wife is exquisitely written. Ashley’s prose is immersive and compelling, giving vivid life to her characters and their world. As the title suggests, Elizabeth is at the centre of the story: a woman who is expected to support her ambitious husband (and does), while also enjoying a successful career and being a mother to the Goulds’ ever-expanding brood of children (she gives birth to eight, though not all survive). Ashley delves deep into Elizabeth’s scientific curiosity and her creative life, while also having her question the sacrifices she and her colleagues make in the name of discovery. I particularly enjoyed Ashley’s depiction of Elizabeth as a woman working in a male-dominated field without becoming ‘one of the boys’. Rather, Elizabeth embraces her femininity and uses it to become a better scientist and artist. For example, John is into taxidermy in a BIG way, and the reader gets the impression that, while he labours in the name of science, he is also a hunter collecting trophies. (Is there a greater symbol of masculine conquest and colonialism than an animal stuffed and mounted?) Elizabeth, while not squeamish about all the killing, is uncomfortable with it, and as her skills develop, she finds she can more accurately capture a species when drawing from life rather than her husband’s specimens. For her, her work is about observation and discovery rather than ownership and conquest. She’s also a woman who likes to dress up on occasion and delights in domesticity. She relishes her role as a mother and struggles, as many modern women do, to balance her working and family life.

The minor characters are equally well-rounded, especially John Gould who is at once both admirable and brilliant, but also single-minded and (let’s face it) a bit of an asshat. In early colonial days, Australia was a brutal, unforgiving place. To a) survive it and b) get your name in the history books, you had to be pretty bloody ruthless. But Ashley takes care to show us why Elizabeth loves John and why their marriage is a success.

While I was excited to learn more about Elizabeth and her story, I was a little hesitant about the subject of her work (the fact that I loved this book as much as I did is something of a miracle). Okay *deep breath* here’s the thing: I’m terrified of birds. Especially dead ones. And The Birdman’s Wife is full of them. When I was eight or so, my family stayed with friends on a farm near Peterborough, SA. We drove around to visit some of the ruins in the area, including the remains of an old church. Being a little kid, I was eager to explore and ran inside. When my eyes adjusted to the dark, I found myself surrounded by countless dead birds in varying stages of decay. They’d flown in through gaps in the roof and become trapped, and the floor was carpeted with them. It was like something out of Barbara Baynton. John Gould would have been delighted. I, on the other hand, never quite recovered.

However, while I struggled with some of Ashley’s more vivid descriptions of the taxidermy process (and, ye gods, is she a stickler for detail!), I was ultimately grateful for her candour. There’s a tendency to romanticise the European/British exploration and settlement of Australia. Certainly, when I was at school, the narrative we were taught was that of brave male adventurers and scientists questing boldly into the unknown. Explorers and settlers’ horrific treatment of indigenous Australians, the appalling conditions convicts endured and the disastrous effects of introducing foreign species of native flora and fauna were rather glossed over. Women didn’t even get a look in. I was well into my twenties before I ever heard of Lady Jane Franklin (and was absolutely thrilled to see Ashley give her a substantial role in The Birdman’s Wife). So it was refreshing to read a story that didn’t shy away from the cost of Gould’s discoveries and to have that story narrated from one of the marginalised voices we so rarely hear from.

It’s clear that The Birdman’s Wife is a labour of love, executed with an unusual level of care and detail. In this, The Birdman’s Wife somewhat reminded me of Hannah Kent’s Burial Rites (2013): both are debut novels that began as creative writing PhD projects, and both authors harness the dedication and depth of research that a PhD demands to offer a more complex and nuanced view of women who have traditionally been simplified and sidelined by history. Both Kent and Ashley’s enthusiasm for their subjects radiates from the page. I believe this, in part, is what makes Burial Rites such a captivating read, and I hope Ashley’s novel goes on to enjoy similar success.

My ARC of The Birdman’s Wife is in e-book format, but I’ve had a stickybeak at the physical edition, and friends, trust me: you want to splurge on the hardcover. It’s a stunner and features a number of Gould’s incredible illustrations. Enjoy!

See The Birdman’s Wife on Goodreads and purchase through Booktopia.

Thank you to Affirm Press for providing a copy of The Birdman’s Wife in exchange for an honest review.

Thanks also to Grammarly for picking up twenty-five advanced issues in my draft of this review. If, like me, you have trouble with typos, do give Grammarly a go!