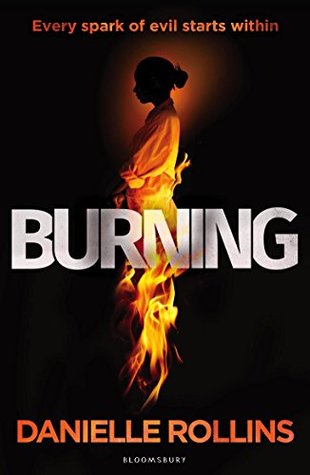 Angela Davis is just three months shy of getting out of juvenile detention and being reunited with her little brother. And she’s determined to stay out of mischief for fear of delaying her release. However, the Brunesfield Correctional Facility has a new inmate, ten-year-old Jessica, who sparks trouble wherever she goes. Ever since her arrival, strange things have begun to occur, and she’s taken a particular interest in Angela.

But Jessica isn’t the only new arrival at Brunesfield. The enigmatic Dr. Gruen shows up with her research assistant soon after Jessica and begins recruiting inmates to join her mysterious SciGirls program. Almost overnight, underfunded Brunesfield becomes a heavily guarded, state-of-the-art facility and inmates start receiving severe reprimands for even the most minor infractions. Anglea knows something’s suss and suspects that SciGirls is not the innocent enrichment program Dr. Gruen wants the girls to believe, but she knows Dr. Gruen has the power to stall her release and isn’t sure who she can still trust.

Burning (Bloomsbury, 2016) is a taut and creepy thriller championing the idea that ‘monsters are more interesting than heroes.’

Most of the YA I read is of the contemporary coming-of-age variety, and it was fun to read something a little less earnest. The female correctional facility setting makes for a highly controlled environment that forces Angela to be stealthy and take risks if she wants to make sense of the strange occurrences, which makes for tense reading.

Anglea and her close friends, Cara and Issie, are a sympathetic trio. While they may have earned their place at Brunesfield, in private, they’re not half so tough as they’d have everyone believe, and Angela, in particular, is determined to avoid past mistakes when she rejoins the outside world.

In fact, Rollins takes great pleasure in demonstrating that first impressions often prove false. Jessica, one of the smallest, and most fragile-looking ten-year-olds Angela’s ever seen is powerful and perhaps even dangerous beyond measure. Dr. Gruen is sleek and beautiful and appears to have the inmates’ best interests at heart, but it’s clear to Anglea at least that her real motives are far more sinister. Even the inmates in Segregation aren’t the monsters they initially appear. I love a complex character and did a quiet little fist pump to see Rollins take up ‘monsters are more interesting than heroes’ as her key theme. I only wish she’d taken this further. Her so-called ‘monsters’ are soon revealed as heroes in prison uniforms, while the real monsters remain somewhat two-dimensional.

I also found the plot a tad predictable. Even though Rollins creates a sense of mystery and intrigue around Dr. Gruen’s work and the SciGirls, it’s pretty clear that they’re up to no good. At one point Angela mentions that she’s a big fan of Philip Pullman’s His Dark Materials trilogy, and, indeed as winter closes in and new resources begin to arrive, Brunesfield bears increasing resemblance to Bolvangar. There are also striking similarities between Dr. Gruen and her SciGirls and Mrs Coutler and the Gobblers.

From the way the story ends, it appears there’s more to come, and presumably, Burning will be the first in a series. There are some loose threads for Rollins to pick up in the next book, although I’m not fully convinced that she’s laid enough groundwork in Burning to support a series. That said, I found Burning fast-paced and entertaining enough to see where Rollins takes the story next.

If, like me, you’ve been spending the winter binge watching Orange is the New Black and Stranger Things, Burning makes for a fun and thrilling read.

See Burning on Goodreads and purchase through Booktopia, Amazon and Book Depository.

Thank you to Bloomsbury Australia for providing a copy of Burning in exchange for an honest review.

Thanks also to Grammarly for picking up sixteen critical issues and thirteen advanced issues in my draft of this review. If, like me, you have trouble with typos, do give Grammarly a go!