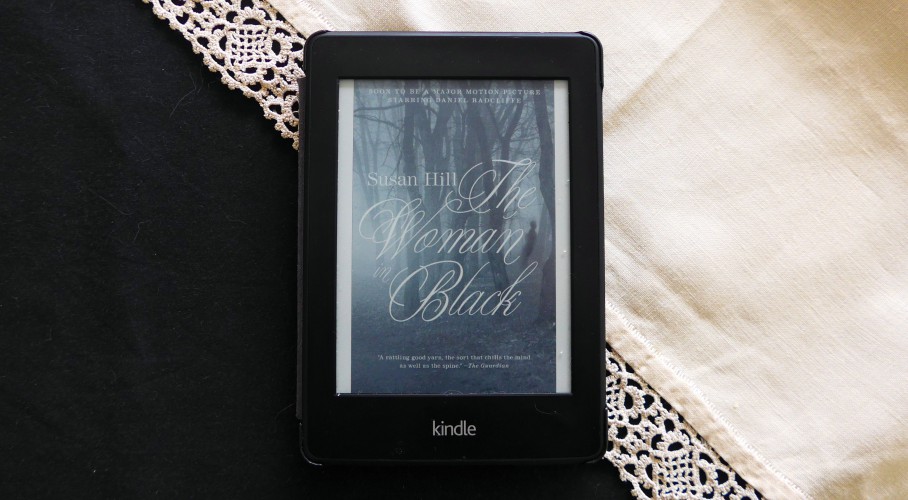 When a thick yellow fog settles over London, budding lawyer Arthur Kipps is thrilled to be sent to the remote seaside village of Crythin Gifford to attend the funeral of his firm’s client, Mrs Drablow, and to sort through her papers at the ominously named Eel Marsh House. In fact, he anticipates it will be a bit of a holiday. However, when Arthur finds himself followed by a mysterious woman in black, he begins to wonder whether he might have been wiser to remain in fog-bound London.

Susan Hill’s The Woman in Black is something of a cult classic, and as a fan of all things Gothic, I’m ashamed it took me so long to dig it out of my ‘to read’ pile. Written a good hundred years after the heyday of the Victorian ghost story, The Woman in Black is both a homage to and a subtle parody of the sub-genre, with Hill having great fun with all the classic Gothic tropes. In 2012 it was adapted into a film directed by James Watkins and staring Daniel Radcliffe and became the most successful British horror film at the UK box office. From memory the film serves as excellent entertainment for a dark and stormy night, but takes a fair few artistic liberties. Here’s the trailer:


There’s also a sequel, which appears to be the same story but with more creepy children and less D-Rad. Maybe skip that one.

Like many a chilling tale before it, The Woman in Black uses a frame narrative, beginning years after Arthur encountered the horrors of Eel Marsh House. He’s married and celebrating Christmas with with his wife and family. All is merriment and good cheer until an impromptu game of ‘who can tell the scariest ghost story’ sees Arthur retreat from the festivities, informing the reader in a somber tone:

Yes, I had a story, a true story, a story of haunting and evil, fear and confusion, horror and tragedy. But it was not a story to be told for casual entertainment, around the fireside on Christmas Eve.

I had always known in my heart that the experience would never leave me, that it was now woven into my very fibres, an inextricable part of my past, but I had hoped never to have to recollect it, consciously, and in full, ever again.

Of course, that’s exactly what the reader wants, and the more horrifying for poor old Arthur, the better. Poor sap. He obligingly resolves to set his story ‘down on paper, with every care and every detail’.

From here Hill begins her creeping descent, leading the reader first away from the cosy fireside, then from bustling London via a creaking train that ‘smelled of cold and stale smuts … the windows were grimed and the floor unswept’ to Crythin Gifford  ‘with its eerie marshes, sudden fogs, moaning winds and lonely houses’. And all the while the weather grows steadily dismal, the wind becoming ‘a great deal colder and blowing gusts from the east with an unpleasant rain upon its breath’. And yet, all this seems rather cheerful compared to the gloomy atmosphere of Eel Marsh House, which for the first third of the story sits out of sight, casting an ominous shadow over the narrative.

The house is the mother of haunted houses: shrouded in frets and accessible only at low tide via the Nine Lives Causeway, it comes complete with an abandoned graveyard, dusty rooms full of clutter and a locked top floor nursery, which Arthur promptly decides is a room he just has to see. Good move, buddy. That’s definitely not going to be haunted.

Arthur is a fun narrator to ride with. Like many Gothic narrators before him, he’s a Voice of Reason (a.k.a a total prat with a rod of logic shoved so firmly up his arse it’ll take an army of ghosts to wrest it free). Despite the villagers’ warnings and their propensity to turn faint at the mention of the woman in black, he determines not only to complete his assignment at Eel Marsh House, but to set up camp there rather than returning to his hotel between tides. Better than that, he’s dead set on tracking down the mysterious woman. So off he trundles on a borrowed bicycle across the Nine Lives Causeway with only a wealthy landlord’s dog for company.

However, for all its playfulness, The Woman in Black is genuinely creepy and contains a fun little twist at the end to leave the reader properly chilled. Hill relies on atmosphere rather than spectacle to work her dark magic and gives the reader just enough to set their imagination working and leave them sleeping with the lights on. The story is well paced, and Hill makes excellent use of foreshadowing to build suspense throughout, with each horror building on the last.

Like many of her supernatural sisters, the woman in black isn’t hanging about for the hell of it, and one of the strong points of the novel is her backstory. I won’t go into detail for fear of giving the game away, but Hill, like Charlotte Perkins Gillman before her, uses the ghost story as a vehicle to address the lack of women’s rights in Victorian England. #sisterhood

While The Woman in Black isn’t groundbreaking, Hill makes a careful study of the Victorian Gothic to deliver a solid and spooky ghost story that’s sure to give you goosebumps. 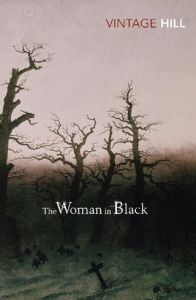 The Woman in Black is available through Amazon (Kindle), Book Depository and Kobo.

If you enjoyed The Woman in Black, these titles may also tickle your fancy: