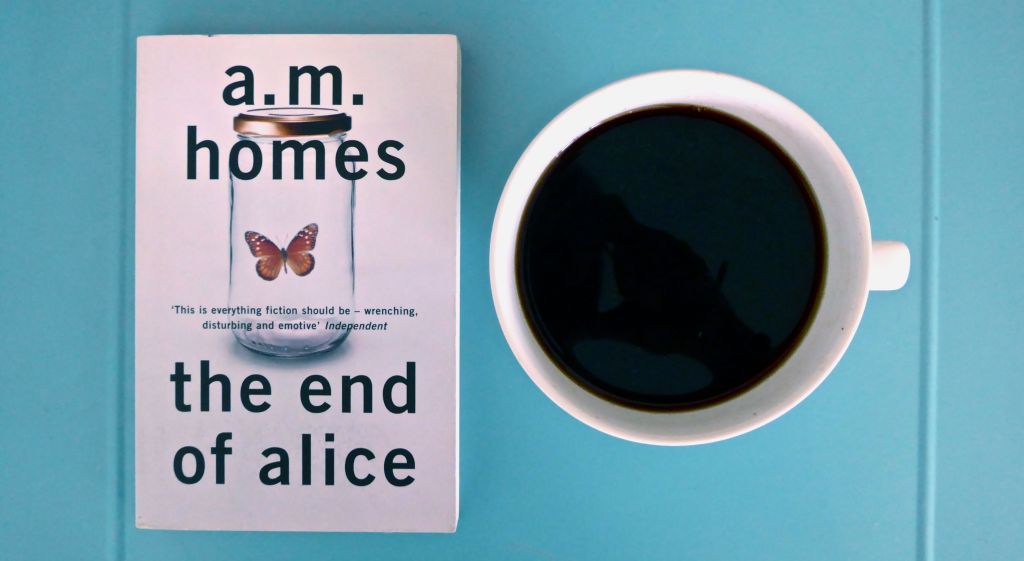 One of the first books I studied at uni was Vladimir Nabokov’s Lolita (1955). Before they’d even read it, some of the students were up in arms protesting that we should not be required to read pedophilia. The rest of us gave our lecturers the benefit of the doubt and dived in. I’ve lost count of how many times I’ve read Lolita since, and often when my mind wanders, I find it returning to that most intoxicating and memorable of opening lines:

For while Nabokov’s infamous narrator, Humbert Humbert, is a self-confessed monster, murderer and pedophile, he is also an enchanter, and Nabokov’s genius lies in his making the most heinous of crimes if not forgivable, then beautiful. 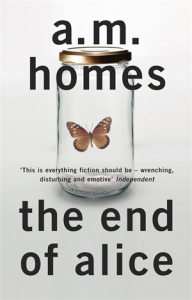 When I read Lena Dunham’s recommendation for A. M. Homes’s The End Of Alice, I promptly went and found a copy. Like Lolita, The End of Alice is narrated by a pedophile from his prison cell. In fact, the two books have much in common, and it is difficult to read The End of Alice without Lolita in mind. Homes’s narrator, identified only as Chappy, has served twenty-three years of a life sentence, and is coming up for parole. In the months leading up to his hearing, he begins to receive letters from an anonymous nineteen-year-old girl who plans to seduce a twelve-year-old boy in her neighbourhood. Chappy doesn’t think her writing skills are worthy of her story, and takes over her narration. He gives the distinct impression that he takes liberties with her tale, twisting it ever so slightly and fleshing it out with his own fantasies.

Between letters, he tells of his childhood, the crimes he got away with and his life in prison.There are hints, too, as to the crime that finally sees him convicted. But the details of that particular horror show are saved for the grand finale.

Like Humbert Humbert, Chappy draws the reader in with his dark charisma and the promise of an even darker tale:

‘Who is she that she should have this afflicted addiction, this oddly acquired taste for the freshest of flesh, to tell a story that will start some of you smirking and smiling, but that will leave others set afire determined this nightmare, this horror, must stop. Who is she? What will frighten you most is knowing she is either you or I, one of us. Surprise. Surprise.

‘And perhaps you wonder who am I to be running interference, to be acting as her translator and yours. Mine is the speech, the rhythm and rhyme of an old and peculiar man who has been locked away for too long, punished for pursuing a taste of his own.’

It’s a ripper of an opening. But before you read on to find out just how deep the rabbit hole goes, know that it is very deep and very dark. Unlike Nabokov, Homes doesn’t hold back on the details, and her powers of invention are vast. Chappy has had more than two decades alone with his memories and desires, and he is keen to share.

However, while Chappy’s crimes are sickening, and his voice disturbing, he reaches out from behind bars. He’s done his damage. He can’t hurt us or our children. Rather it is the anonymity of his young pen pal that is most disturbing. She walks among us undetected, sharpening her desire.

There are many that question the point of a work such as this. Is Homes just trying to be shocking? Is Nabokov? If so, it’s a cheap trick. I had moments reading The End of Alice that I did not have in Lolita when the sex and violence were so explicit that I did find myself questioning Homes’s motives. Her use of language in creating Chappy’s voice is masterful, though perhaps falls a little short of Nabokov. Initially, this irked me more than all the icky awfulness.Chappy and Alice, when she is finally introduced, are mere shadows of Hum and Lo. This story was one already told, and, to my mind, had been told better, so what was Homes playing at? Why was I giving my time to a narrative that made me physically ill?

Well, if Nabokov is an enchanter, then perhaps Homes is a disenchanter. The End of Alice challenges and unsettles readers in the way art should challenge and unsettle. It draws back the curtain of so-called normalcy and awakens us to the nightmare of ourselves. It draws us deep into places we otherwise pretend do not exist and reminds us just how close those places are to home.

This is not a book I would give to everyone, as it requires faith and patience, that for some may not be rewarded. However, I would recommend Lolita without hesitation to all who consider themselves readers.

The End of Alice is available through Amazon (Kindle), Book Depository and Kobo.