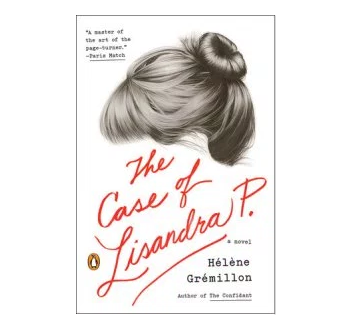 Lisandra P. is dead. A young couple discovers her body on the footpath below the open window of her apartment. Upstairs, there are signs of a disturbance, but not a break in. Her marriage isn’t a happy one and her husband, Vittorio, is arrested for her murder.

However, Vittorio is a psychoanalyst and one of his patients, a middle-aged woman named Eva Maria whose daughter was among those who ‘disappeared’ during Argentina’s Dirty War, believes Vittorio is innocent and sets out to find Lisandra’s true killer.

Eva Maria visits Vittorio in prison, attends Lisandra’s funeral and visits their apartment in search of clues. She spends her evenings listening to illicit recordings Vittorio made when his patients came for sessions at his home. The case becomes her sole focus, and her son grows increasingly worried for her welfare. But will her obsession lead her to the truth, or to her downfall?

Hélène Grémillon’s The Case of Lisandra P., translated from the French by Alison Anderson, is a story of passion, obsession and power that questions what we are willing to sacrifice in the name of love.

Set in the 1980s in Argentina’s recently restored democracy, The Case of Lisandra P. is about characters and a nation caught in the aftermath of trauma. The story begins with Vittorio’s description of his first meeting with Lisandra when she comes to him as a patient, distraught and heartbroken. He tries to help her. They fall in love. But their passion soon sours to joyless obsession. Suspicion. Jealousy. Infidelity. And their relationship begins to fall apart. Eva Maria’s quest to solve the crime follows a similar arc: the desire to help morphing into a destructive obsession. I don’t know much about the Dirty War, but I’d put big bucks on there being parallels there too.

So it’s a thinking reader’s kinda crime novel. The characters, in particular Vittorio, have a tendency to wax psychoanalytical about love and obsession—super helpful if you’re writing an undergrad essay on the text, otherwise a tad tedious. In fact, I found the story somewhat difficult to invest in—it’s too much about themes and ideas and not enough about character and plot for my taste. Don’t get me wrong, I love a book with depth but in this case, I found it hard to care what happened to the characters or who killed Lisandra.

Part of the problem was the shifting perspective. The e-proof I received was messy—occassionally whole paragraphs were out of order and, at times, it was frustratingly difficult to follow. There was no clear indicator when the P.O.V. shifted, and I’d be interested to hear from someone who’s read a finished copy whether this was the result of a poorly formatted proof or an issue with the narrative itself.

What I did enjoy was the story’s intense and claustrophobic mood. None of the characters are who they seem, and everyone has something to hide. It was unnerving to watch them unravel and to see their internal logic juxtaposed with how their behaviour was interpreted by those around them.

The Case of Lisandra P. wasn’t quite my cup of tea—it’s a little too ponderous and meandering for me—but it’s an intelligent and layered narrative, and I think many readers may disagree with my verdict.

See The Case of Lisandra P. on Goodreads and purchase through Amazon, Book Depository and Kobo.

Thank you to Penguin for providing a copy of The Case of Lisandra P. in exchange for an honest review.